What we don’t know about ACEs 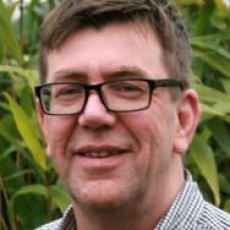 As we have commented, the introduction of Adverse Childhood Experiences as a risk matrix has resulted in significant developments. The relationship has been demonstrated as robust, there are concerns that high levels of adversity associated with neurobiological traumatic responses may result in a harmful outcome. There is a growing awareness of the relationships, advocacy of regular screening in adult and young people, the introduction of Trauma-Informed approaches.

Current evaluation of the uses of ACEs scores to measure adversity as an indicator has indicated that there is limited support for universal screening or routine enquiry utilising the ACEs score in childhood or adults. There is a need to define effective measures of adversity to predict future harm. There is growing research on the network of risk, resilience and vulnerability factors which need to be considered, when there are concerns about children and young people referred across services for children and young people.

We need to develop reliable ways of predicting health outcomes for the individual, a variety of approaches have been researched – using single forms of adversity, groupings by theoretical constructs, e.g. DMAP – threat or deprivation, or combinations of ACEs through Latent Class Analyses. Extending and operationalising the Assessment Framework developed for welfare contexts, across services may be a further approach to consider. We have described the potential value of a risk calculator approach as an alternative to the ACEs score.

2. The pathways to adult mental and physical ill-health

In the review of research on cases in the last 20 years we have noted that there has been a shift in emphasis from the original research of Felliti and colleagues (1998) which explored the association between childhood adversity and adult physical and mental health, Direct research on childhood and young people and the social context, together with longitudinal research has significantly enlarged our understanding of possible pathways from adversity to adult morbidity and mortality. Adversity and risk has to be balanced with resilience and vulnerability factors, from the individual, parenting, the family and community. This makes for a more nuanced understanding of potential pathways and associations with psychopathology and health.  However, what remains unanswered is an understanding of the processes which drive the transformation.

A number of theories have been advanced including neurobiological responses to adversity.  Traumatic responses have been researched including ‘Latent Vulnerabilities’,   ‘Chronic Inflammatory Responses and ‘Allostatic ‘Wear and Tear’. Longitudinal Research shows promise in differentiating a variety of adversities, and outcomes – psychological, behavioural and neurobiologically. Further research is essential to find more effective ways of intervening to prevent ill health in identified vulnerable individuals.

3. The prevalence of ACEs

Another important area where we need to develop knowledge is to understand the prevalence of ACEs in the community.  There is an extensive literature on the prevalence of the core forms of maltreatment, physical, sexual and emotional abuse and exposure to violence (Radford et al., 2011) and the overlap through the research on polyvictimisation (Finkelhor 2007). With the addition of a wide range of household dysfunctions such as parental mental health, substance abuse, separation, loss, divorces and community violence associated with different forms of adverse experiences, there is a a significant challenge to assess the prevalence of ACEs.

The work of the UC Health Equity Group has illustrated the relationship between deprivation and higher levels of ACEs providing a model for future research. The introduction of extensive screening tools based on epidemiological research by Turner and Finkelhor which includes a wide range of Adverse Experiences may assist researchers to determine the prevalence of Childhood Adverse Experiences in the community as part of a more extensive evaluation of children and young people’s development,

4. Intervention to modify and prevent the impact of ACEs

The challenge to effectively intervene to prevent the harmful impact of ACES when identified in childhood, and young people to prevent the associated morbidity, mortality and ill-health in adult life is considerable. The introduction of Trauma-informed approaches has the potential to transform the views and responses of the workforce in relation to the needs and responses of children and young people referred to mental health, safeguarding, offending and care services, and children and young people looked after or living in contexts of significant stress of adversity. It also has the potential to transform adult services to be aware of the adversities children and young people experience when parents have a variety of mental health difficulties, to be aware of the association between exposure to multiple adversity, and subsequent health.

However, the evidence for the effectiveness of these approaches, both short term and longer-term reduction of harmful psychological and physical health is limited, and at an early stage. Research on specific interventions for ACEs is limited to children under six years of age. Implementing the recommendation that there should be a focus on identifying and intervening with maltreatment in childhood is also challenging.

There is extensive research on intervening with single forms of maltreatment. However, there is limited research on overlapping multiple maltreatment. Trauma – Focused CBT being the one intervention which is associated with more favourable outcomes, and parenting interventions are effective.

Intervening with the many areas of potential adversity parental mental health, substance misuse violence in the home and the community is far more challenging and requires collaborative services. There is a need for further primary, as well as secondary and tertiary prevention activities, including strengthening communities and families, building resilience and support to provide trauma- informed services. (Gentry and Paterson, 2021)

A modular approach which provides a library of interventions derived from common treatment elements, can be integrated to meet complex needs children, parents, and families when significant adversities are identified. The approach works well in practice. Although it includes an effective model of intervention for mental health concerns of children and young people, further research is required to evaluate the effectiveness to reduce longer term morbidity and mortality.

Van IJzendoorn and colleagues (2020) conducted an umbrella synthesis of meta-analyses on child maltreatment antecedents and interventions. They concluded that there was now good evidence to identify parental risk factors for maltreatment. These risk factors include parents who have themselves been victims of child maltreatment, been subjected to interpersonal violence, had negative personality attributes associated with mental health disorders, and have limited social and material resources.

“The scarcity of evidence-based means to break the circle of maltreatment is deplorable. Child maltreatment is a widespread global phenomenon affecting the lives of millions of children all over the world, which is a betrayal of the United Nations Convention on the Rights of the Child (United Nations, 1989)” (p. 284).